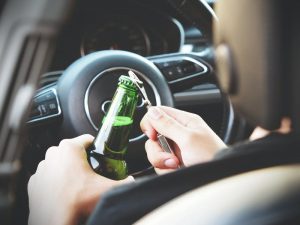 Last week, the Alliance Against Intoxicated Motorists released their annual survey of DUI arrests in Illinois. The Alliance Against Intoxicated Motorists conducts annual surveys of DUI arrests by the 700 police agencies in Illinois. The survey is funded by the Illinois Department of transportation. The survey gives us an understanding of where most DUI arrests happen and allows us to compare previous years to see any emerging patterns and trends involving DUI cases and DUI arrests.

Authorities like to take credit when the number of DUI arrests drop for the decreasing number by claiming that their efforts to combat drunk driving lead to the drop in numbers. When the DUI arrest numbers go up, they take credit by claiming that the police and prosecutors are working harder and arresting more motorists. While those factors may affect the numbers, I think that many of the DUI arrest numbers have nothing to do with the police or elected public officials. If you look closely at the numbers, you see that a highly populated City like Chicago, has a 28% drop in DUI arrests, while a much smaller City like Aurora sees a 63% increase in DUI[ arrests. The Illinois State Police saw an increase of 11% in DUI arrests over 2020. Winnebago County, with a population of 284,000 people leads all Sheriff’s Departments in Illinois, While Cook County, with a population of roughly 5.17 million doesn’t even make the top 5 Sheriff’s Departments in Illinois.

These numbers tell me that the pandemic has had a major impact on DUI cases. With remote working, fewer people are going to work in urban areas like Chicago. More people are working out of their homes. That could explain why the Illinois State Police saw an increase in DUI arrests while the Chicago Police saw a decrease in the number of DUI arrests. For the longest time, many restaurants, Banquet Halls and bars, were closed due to the pandemic. Sporting events were either canceled or happened without audiences. In the future, it will be interesting to see how these DUI arrest numbers look like. While I am seeing DUI arrests slowly returning to what I can call “normal”, I wonder how the changing working environment will play out in the years to come. With hybrid working, remote working, remote classes, remote telemedicine, fewer people should be driving on the roads. The future surveys should reveal some interesting details.