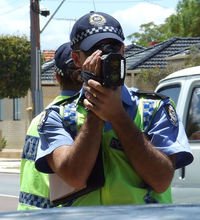 Every year the Alliance Against Intoxicated Motorists releases it’s annual DUI arrest survey for Illinois DUI arrests.  This year’s study has some interesting statistics and numbers that I want to share with my readers.  The Alliance Against Intoxicated Motorists sends out surveys to almost 700 police agencies in Illinois.  Roughly 81% of the police agencies responded and they release the findings every year.

For 2016, Rockford reported the most DUI arrests in Illinois, with 459. The top 10 list included the local towns of Elgin, with 365, Naperville, with 312, and Carol Stream with 305.  On the lower part of the top 10 was Cicero, with 305, Aurora, with 234, Lombard, with 233, Oak Lawn, with 233, Joliet, with 212, and Elmhurst, with 201.  The DUI arrest statistics from Chicago are not included in the annual Alliance Against Intoxicated Motorists survey because the numbers from Chicago would dwarf any other town in Illinois, so they place the statistics for Chicago DUI arrests in it’s own, separate category.

The list provided by the Alliance Against Intoxicated Motorists is lengthy since it covers virtually every town and village in Illinois.  I want to include some of the local towns and villages that could be of interest to my readers. The first number is what place the town or village is in with DUI arrests in Illinois, and the second number is the total number of DUI arrests reported:

Looking at the above statistics, there’s 2 towns I want to focus on.  First, let’s look at Elgin in Kane County. Elgin saw a 34.7% increase in DUI arrests from 2015 to 2016.  The big increase in Elgin DUI arrests pushed Elgin into 3rd place among municipal law enforcement DUI arrests in Illinois.  This big increase in Elgin DUI arrests was not by chance or by mistake.  Elgin had received a grant from the Illinois Department of Transportation to provide specialized DUI enforcement training for it’s police officer’s.  Elgin used that money allowing it to spend more time on providing the training to its officers.  In addition to Elgin moving into third place, the DUI arrest rate for each individual Elgin Police Officer was 5.17 arrests per officer.  The highest such rate in Illinois among any Illinois police department with more than 200 DUI arrests.

If you are facing DUI charges in Chicago, Cook County, DuPage County, Kane County, or Lake County, you can always contact James Dimeas for a free and confidential consultation.  You can always talk to James Dimeas personally by calling him at 847-807-7405.

What Happens if I Refuse to Take a Breathalyzer Test in Illinois, James G. Dimeas, Chicago Criminal Lawyer Blog, May 16, 2017.