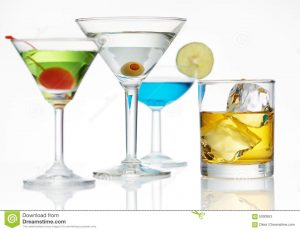 What is a Breathalyzer Test?

The Breathalyzer Test measures the ratio of alcohol to blood or breath. A motorist is asked to blow into a machine, usually at the Police Station, and the machine will record a result which indicates what the alcohol to blood or breath ratio is. In Illinois, a blood alcohol ratio (BAC) of .08 or above is considered to be over the legal limit. If you are under the age of 21, you cannot have any alcohol in your system while operating a motor vehicle. For motorists under 21, if the breathalyzer test detects the presence of any alcohol, that would be enough to charge you with a DUI. If you are a school bus driver, you can be charged with a DUI if a breathalyzer test detects the presence any alcohol in your body. If you are a commercial driver’s license holder, a BAC of .04 or above above is enough to arrest you and charge you with a DUI.

How Much Do I Have To Drink To Be Over The Legal Limit?

The BAC result depends on how much alcohol was consumed and how quickly the alcohol is absorbed by your body. The rate of absorption depends on your gender, weight, amount of food consumed, and your body’s tolerance to alcohol. It takes roughly 1 hour for one drink of alcohol to work its way through your body. The only way to get rid of alcohol after it is consumed is for time to pass for the alcohol to work its way through your body. A cup of coffee, a shower, or food, will not make you sober. Coffee will make a drunk person more alert but will not reduce the BAC level.

Am I Required To Take A Breathalyzer Test?

In most DUI cases, a motorist will be asked to take two-tests to measure the BAC level in their body. The first test is known as a Portable Breath Test (PBT). The PBT is administered at the scene of the DUI arrest. The results of a PBT are not admissible in Court for purposes of proving you guilty of a DUI because it is not considered reliable enough to be admitted in Court to prove what your BAC was. The PBT results are used by the police officer to establish probable cause to justify the arrest for suspicion of DUI. The actual Breathalyzer Test is administered at the police station using a calibrated and tested machine that produces results that can be admissible in court to prove you guilty of a DUI. If you refuse to take the PBT at the scene of the arrest, your driver’s license will not suffer any adverse penalties for refusing to take a PBT.

74 percent DUI arrests involve men. 52% of DUI arrests are for motorists under the age of 35. 34 is the average age for a person charged with a DUI. Most DUI arrests happened between 11 p.m. and 4 a.m. on the weekends. The average BAC content for a DUI offender in Illinois is .16. .16 is double the legal limit for a DUI. In addition, a BAC of .16 carries additional penalties for a DUI sentence.

If you are facing DUI charges in Illinois, you can contact James Dimeas anytime for a free and confidential consultation. You can always talk to James Dimeas personally by calling him at 847-807-7405.

What Happens if I Refuse to Take a Breathalyzer Test in Illinois?, by James G. Dimeas, Chicago Criminal Lawyer Blog, May 16, 2017.