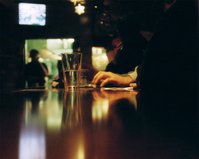 Under Illinois Law, driving is a privilege not a right.  Therefore, when you are given a driver’s license in Illinois you give the police the implied consent to ask you to submit to a breathalyzer test when you are requested to do so by a police officer.  You can refuse to submit to a breathalyzer test when requested to take one but the consequences are very severe.  Under Illinois law, if you refuse to submit to a breathalyzer test your license will be suspended for one year.  If you are taken to a hospital the police can force the hospital to draw your blood to measure the amount of alcohol in your blood.  That’s part of the implied consent that the law implies that you gave the police when you were issued a driver’s license in Illinois.

Some people believe that if they refuse to submit to a breathalyzer test they will win their DUI case and that the case will be dismissed.  That could be a false expectation.  While it’s safe to say that the prosecution will have a more difficult time proving the DUI charges in court without the results from a breathalyzer test, it does not not mean that the absence of breathalyzer test results means that the prosecution will not be able to prove the case.  A DUI can be proven in court in many ways.  A DUI can be proven by the testimony of the police officer, the testimony of witnesses, the results of a field sobriety test, and squad car videos which could indicate that you were under the influence of alcohol.  Any one of those factors, or a combination of some, or all them, can be enough to prove you guilty of a DUI.  I’ve had cases where clients admitted to the police officer at the scene that they have been drinking all night and that they were in no condition to be driving.  But there’s no doubt that if the police do not have a breathalyzer test it usually means that it will be a little more difficult for the prosecution to prove a DUI case in court.

So if you refuse to submit to a breathalyzer test under the mistaken belief that the state will not be able to prove the DUI in Court, and you were wrong and were convicted of the DUI, you will also have to deal with a 12-month suspension of your driver’s license.  You have no way of knowing if the state will be able to prove a DUI when you are asked to take a breathalyzer test.  It’s simply too early to know.

If you are being facing with a DUI charges, you can contact James Dimeas anytime for a free and confidential consultation. You can always talk to James Dimeas personally by calling him at 847-807-7405.