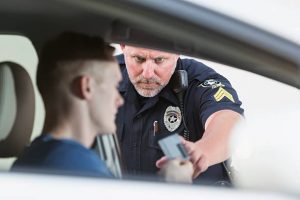 When a client asks me about what they should say to a police officer when they are pulled over for suspicion of DUI, I advise my clients to refuse to answer the question. You are under no legal obligation to answer any questions by a police officer when you are pulled over for suspicion of a DUI. You have a constitutional right to keep your mouth shut and not say something that could be used against you later on in Court. Whatever statements you make to the police officer can be used against you to justify the stop and the subsequent arrest for a DUI. It is perfectly acceptable to tell a police officer that you will not answer their questions about whether you have been drinking or what you have been drinking based on legal advice that you have received from a lawyer. By not answering the question, you will not be providing the probable cause necessary for a police officer to justify placing you under arrest for a DUI. A police officer cannot place you under arrest because you refused to answer his questions. If a police officer tells you that if you answer his questions he will let you go, you need to understand that the Supreme Court has consistently held that the police officer can lie to you to get you to make a statement to them. That same Supreme Court has consistently held that you have the right to keep your mouth shut and not make any statements that could incriminate you.

If you are being charged with a DUI in Chicago, Cook County, DuPage County, Kane County, or Lake County, you can contact James Dimeas anytime for a free and confidential consultation. You can always speak to James Dimeas personally by calling him at 847-807-7405.

Can You Be Charged With a DUI If You Pull Over to “Sleep It Off?, by James G. Dimeas, Chicago Criminal Lawyer Blog, November 9, 2017.

Arrested For a DUI. Warnings to Motorist and Notice of Statutory Summary Suspension. What Does This Mean?, by James G. Dimeas, Chicago Criminal Lawyer Blog, August 21, 2017.