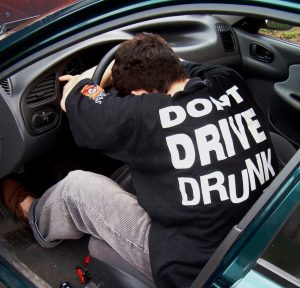 I frequently speak to clients who have been arrested for a DUI. After the initial shock of being arrested wears off, most DUI clients start to think about the future and the possible implications of having a DUI. As with most things, most people do not think about what could happen to them if they picked up a DUI until it actually happens to them. When I receive those calls, most clients are initially worried about whether they will be going to jail. After I explain to them that jail is usually not an option for a first time DUI, the next question is whether they will lose their license as a result of the DUI. I want to take an opportunity to talk about how a DUI can affect your drivers license.

In summary, it is unlikely that you will permanently lose your drivers license in Illinois for your first DUI. However, if you took a breathalyzer test, or refused to submit to a breathalyzer test, you will be facing a mandatory suspension of your license that will kick in 46 days after the date of your DUI arrest unless you take the necessary steps to challenge the suspension by filing the necessary paperwork with the Court. If this is your second DUI, if you are found guilty of the DUI, your license will be revoked unless you win the case.

If you are facing DUI charges in Illinois, you can contact James Dimeas anytime for free and confidential consultation. You can always talk to James Dimeas personally by calling him at 847-807-7405.

Arrested for a DUI. Warnings to Motorist and Notice of Statutory Summary Suspension. What Does This All Mean?, by James G. Dimeas, Chicago Criminal Lawyer Blog, August 21, 2017.