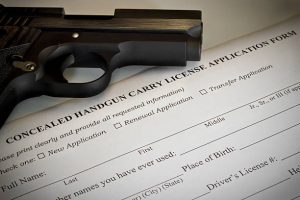 Can you have a Medical Cannabis Card and a FOID card at the same time? Can you have a Medical Cannabis Card and a Conceal and Carry Permit at the same time? You would think that these questions are easy to answer. However, these questions have caused great confusion and misunderstanding in Illinois. The State Legislature has done a terrible job of clearing up the law and making this an easy issue to solve. Instead, you have to search for answers to these questions for yourself. If you ask an employee at a gun shop if you can have both, you will get a different answer depending on the day of the week. Let me try to explain the situation and what I believe the law is. Stay tuned for a way around it. Something you will not find anywhere else!

Illinois has decriminalized the possession and use of small amounts of Cannabis. Illinois instituted a Medical Marijuana program several years ago. However, the possession and use of Marijuana remains a crime under federal law. In our system, federal law supersedes state law. In spite of that, the cannabis industry has thrived in Illinois. Legal dispensaries have sprung up throughout the cities and suburbs of Illinois and municipalities and taxing authorities are reaping the resulting tax revenues. The legalization of Recreational Marijuana in Illinois, and the introduction of Medical Cannabis in Illinois, has created a conflict for legal gun owners in Illinois.

Can I be Guilty of a UUW by Just Having a Gun in My Glove Compartment, by James G. Dimeas, Chicago Criminal Lawyer Blog, May 2, 2017.