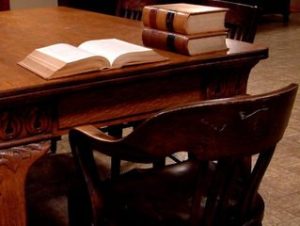 The 2nd element to the 5th Amendment is ‘interrogation’. In addition to being in custody, the defendant has to have been interrogated as opposed to merely being asked preliminary questions. An example would be when the police encounter someone on the street and ask that person if they have any weapons on them. A question like that is usually not considered to be an interrogation. Courts consider this to be a preliminary question that’s asked by the police in order to protect themselves. Asking a defendant who exits their vehicle at the request of a police officer to perform Standardized Field Sobriety Tests for a DUI if they have any weapons on them is not considered the type of interrogation that requires that the government prove that the defendant made a knowing, intelligent, and voluntary waiver of his 5th Amendment rights before answering that question. Even though the defendant was not free to leave when he was outside of his vehicle, the 5th Amendment does not protect the defendant from having the weapon not used against him in Court because he was not informed of his 5th Amendment rights when he told the officer that he had a gun on him.

In order for the government to use a statement that you made in Court, the government has to approve that you were adequately informed of your rights. In a typical 5th Amendment case, the government will show that the officer informed the defendant that they have the right to remain silent and that anything they say can and will be used against them in Court. They also will show that the officer told the defendant that they have a right to a lawyer and that if they cannot afford a lawyer, the Court will appoint one for them. While your signature on a document waving those rights is not necessary in order for that statement to be used against you in Court, it is preferable for the police to have you waive your rights in writing. The Waiver of Rights is usually produced by the government during the discovery phase of your case. If you were in custody, and you were interrogated and you were not informed of these rights, the Court may bar the government from introducing any of those statements in Court during the trial of your case.

My advice to clients is to exercise their right to remain silent whenever they are question by the police for any reason. You are under no obligation to talk to the police when you are under investigation and being questioned by them. As a matter fact, one of your rights, as a US citizen, is to not cooperate with the police when they are investigating you for a crime. In most criminal cases, the biggest mistake that criminal defendants make is talking to the police.

What Should I Do If I Am Arrested, by James G. Dimeas, Chicago Criminal Lawyer Blog, November 26, 2021.

Can The Police Arrest Me Without Any Evidence in Illinois? by James G. Dimeas, Chicago Criminal Lawyer Blog, July 3, 2017.

The 5th Amendment to the United States Constitution.