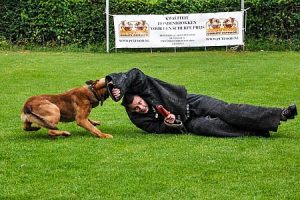 In 2016, the Illinois Legislature changed the law to provide that any child who is 16 and older will be automatically charged and tried as an adult if they commit certain serious criminal offenses. Those crimes are:

-Aggravated Battery involving the firing of a gun.

What Factors Will A Judge Consider?

The 2 factors that a judge will consider when determining whether a juvenile should be charged as an adult are the mental capacity of the juvenile, and the background of the juvenile. The procedure begins with the prosecutor filing a Petition in Juvenile Court asking the judge in the Juvenile Court to transfer the juvenile’s criminal case to adult Criminal Court. The prosecutor and the defense, will have an opportunity to present evidence to the Court and make arguments in support of their positions. It is common to have the parties introduce medical testimony from mental health experts who will try to convince the Judge that the juvenile defendant lacks the mental capacity to understand what they did, or that something about the juvenile’s upbringing, made them unable to control their behavior or understand what they were doing. Ultimately, the decision is left to the discretion of the Juvenile Court judge and will not be overruled unless the Juvenile Court judge abused their discretion.

If you are a juvenile, or if you are the parent of a juvenile who is being charged with a criminal offense, you can contact James Dimeas anytime for a free and confidential consultation. You can always talk to James Dimeas personally by calling him at 847-807-7405.

Can A Minor Be Questioned by the Police Without a Lawyer or Parent Present?, by James G. Dimeas, Chicago Criminal Lawyer Blog, May 22, 2018.

What Happens If You Are Arrested, by James G. Dimeas, Chicago Criminal Lawyer Blog, April 3, 2018.