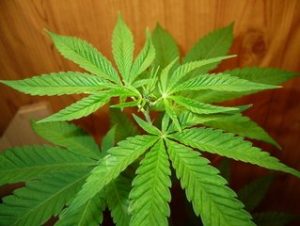 If you are pulled over by the police and charged with having marijuana in your vehicle, you can be arrested and charged with a crime. The severity of the criminal charges will depend on the weight of the cannabis that you are transporting in your vehicle. The smaller the amount, the less serious the criminal charges. The greater the amount of cannabis, the more serious the criminal charges. While the possession of small amounts of marijuana have been decriminalized in Illinois, the distribution of any amount of marijuana remains illegal in Illinois. If the police and prosecutor believe that you were dealing marijuana, you can be arrested and charged with Delivery of a Controlled Substance regardless of the amount marijuana in your vehicle. Earlier this year, I had a client who was pulled over by the police with a small amount of marijuana in his vehicle. Along with the marijuana, the police recovered a small scale, many plastic bags, and a ledger that the client allegedly used to keep track of marijuana sales. While the mere possession of the very small amount of marijuana would most-likely have led to the issuance of a Municipal Ordinance Violation, the client was charged with the Manufacture and Delivery of a Controlled Substance based on the evidence found inside the vehicle.

If you are facing marijuana criminal charges, you can contact James Dimeas anytime for a free and confidential consultation. You can always talk to James Dimeas personally by calling him at 847-807-7405.

Can I Still Be Arrested for Possession of Marijuana in Illinois After it Becomes Legal?, by James G. Dimeas, Chicago Criminal Lawyer Blog, December 7, 2019.