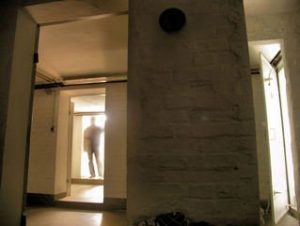 Being arrested by a police officer is something that nobody would ever want to experience. While being arrested by a police officer does not automatically mean that you will be charged with a crime, it usually means that you are suspected of committing a crime and you should be aware of what may happen and what you should do to protect yourself from what the future may hold.

When you are arrested by a police officer, this means that you are in custody. This means that you are not free to leave. If you are arrested, you will be taken to the local police station. If the police believe that they have enough evidence to prove you guilty beyond a reasonable doubt in court of committing a crime, you may be charged with a crime. However, if the police believe they need to gather more evidence, they can hold you in custody for a limited period of time for questioning.

Once you are arrested and are in police custody, certain constitutional rights automatically apply. Before the police can question you, they have to notify you that:

-You have the right to remain silent.

-Anything you say while you are being questioned can be used against you in Court.

-You have the right to have a lawyer present while you are being questioned.

-You will be provided a lawyer for free if you cannot afford one.

However, if the police read you your Miranda rights and then trick you into getting you to talk to them, your lawyer will not be able to keep your statements from being used against you in Court. It is common for the police to make people think that if they talk to them and tell them what happened, nothing will happen to them and they will be free to go. I have had cases where my client was told by the police that a friend was blaming them for the crime or that a witness had identified them as being involved in a crime. Those statements were a lie. The client was fooled into making a statement to the police that was later used in court to prosecute them. Unfortunately, the United States Supreme Court has said that the police can lie to you to get you to make a statement. The court will not throw out your statements because you were lied to by the police or tricked into talking to them.

If you are charged with a felony, you will be processed at the police station. Your picture will be taken and your fingerprints will be taken. Your information will be run through a computer system and your entire criminal background will be put together. You will then be taken to Bond Court to appear before a Judge at a Bond Hearing. If you are charged with a misdemeanor, you will be allowed to post Bond at the police station and given a court date. If you are being charged with a Misdemeanor Domestic Battery, you may be taken to Court for a Bond Hearing even though most Domestic Battery charges are a Misdemeanor. At the Bond Hearing for a Misdemeanor Domestic Battery, the judge will set a Bail amount and impose any restrictions that may be requested by the prosecutor. The most common restrictions for a defendant facing a Domestic Battery charge is that they have no contact with their spouse or their boyfriend or girlfriend, and not possess any firearms.

If you are being charged with a crime, you should immediately consult with an experienced criminal defense attorney who knows what they are doing and can help you avoid going to jail and having a criminal conviction on your background which will appear in a routine background search.

Do the Police Have To Read You Your Rights If You Are Arrested?, by James G. Dimeas, Chicago Criminal Lawyer Blog, September 5, 2018.