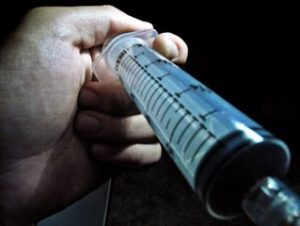 In a surprise announcement, McHenry County authorities announced a significant expansion of the search warrant tactic which takes effect today. This new policy will take immediate effect in the towns of Algonquin, Cary, Harvard, Huntley, Johnsburg, Lake in the Hills, McHenry, Spring Grove and Woodstock. If a motorist in McHenry County refuses to submit to a breathalyzer test, the officer will submit an “e-warrant” request to a Judge. The request will be transmitted over the internet to significantly speed up the time needed to obtain a warrant. The system will allow the officer to communicate electronically with the judge to prove that probable cause exists to force a blood draw from a motorist. If the judge is convinced that there’s probable cause for a warrant, the judge can provide an electronic signature granting the warrant. If the warrant is granted, the motorist will be taken to a nearby emergency room where blood will be drawn and tested for alcohol and drugs.

If you are facing a DUI, you can contact James Dimeas anytime for a free and confidential consultation. You can always speak to James Dimeas personally by calling him at 847-807-7405.