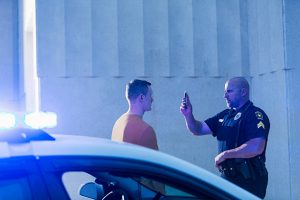 Obviously, the best move that the client could have made that evening would have been to not get behind the wheel of his vehicle if he believed that he had too much to drink and was under the influence of alcohol. But since he did get into his vehicle, the client would have been much better off if he had parked his vehicle in a private parking lot. A private parking lot is not the public way. It is not a public roadway. So if the client had refused to take a breathalyzer test, his license would not have been suspended because he was in a private parking lot and not on a public road. He could still be charged and prosecuted for a DUI, but without a breathalyzer test, the state would have a much more difficult time proving him guilty of a DUI.

If you are facing a DUI you can contact James Dimeas anytime for a free and confidential consultation. You can always speak to James Dimeas personally by calling him at 847-807-7405.

Can You Be Charged With a DUI If You Pull Over “To Sleep it Off”, by James G. Dimeas, Chicago Criminal Lawyer Blog, November 9, 2018.

Arrested For a DUI. Warnings to Motorist and Notice of Statutory Summary Suspension. What Does This Mean?, by James G. Dimeas, Chicago Criminal Lawyer Blog, August 21, 2018.