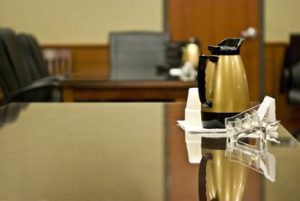 If you cannot afford to hire your own lawyer and do not want the Public Defender to represent you, you have the constitutional right to be your own lawyer and represent yourself in Court. Being your own lawyer is usually not a wise choice, you do have that right. If you choose to represent yourself, you need to understand that you will be held to the same standards as a lawyer. You will not get any special breaks or any special treatment in Court just because you are not a lawyer. If you decide to represent yourself, the judge will go through a long series of questions and warnings to make sure that you know what you are doing and that you understand the implications of representing yourself. The judge will tell you that the prosecutor on the other side of the case is an experienced criminal defense attorney and that you will be held to the same standards as a regular lawyer even though you have no legal training or legal experience.

Can The Police Arrest Me Without Any Evidence in Illinois, by James G. Dimeas, Chicago Criminal Lawyer Blog, July, 3, 2017.