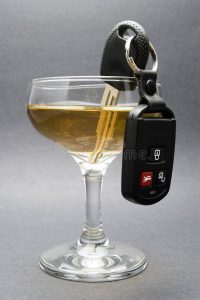 As one of the busiest and most experienced DUI attorney in Illinois, this may be one of the most common question I get whenever I speak to a client about their DUI case. The short answer to this question is no. But you should understand the consequences of refusing to submit to a breathalyzer, or chemical test, when you are placed under arrest for a DUI. Illinois is an implied consent state. This means that you give consent to a chemical test to determine the blood alcohol contact in your blood by merely driving a motor vehicle on a public highway or roadway in Illinois. So let’s discuss what happens if you are pulled over by a police officer and the police officer asks you to take a breathalyzer test, or provide a blood sample, to determine what the blood alcohol content (BAC) of your blood is and you refuse the request.

The Breathalyzer Test is the most common test used in Court to prove that your BAC was over the legal limit. In Illinois, if the BAC of your blood, was a .08 or above, you could be found guilty of a DUI. Another way of determining the BAC of your blood is a blood test. In Illinois, if a police officer has reasonable grounds to believe that you were operating a motor vehicle on the roadway while under the influence of alcohol or drugs, that police officer can request that you take a Breathalyzer or Blood test to determine what the BAC of your blood is. If you submit to a Breathalyzer Test, or a Blood Test, and the BAC was a .08 or above, in addition to facing a DUI criminal charge, the Illinois Secretary of State will suspend your license for 6 months because of the BAC reading of .08 or above. This is called the Statutory Summary Suspension. This is an automatic suspension of your license that happens once the arresting police officer notifies the Secretary of State of the Breathalyzer Test results or the Blood Test results. If you refuse to take a Breathalyzer Test or provide a blood sample, the Secretary of State will suspend your license for 1 year. The 6 month and 12 month Statutory Summary Suspensions will kick in 46 days after the date of your DUI arrest.

If you are facing a DUI, you can contact James Dimeas anytime for a free and confidential consultation. You can speak to James Dimeas personally by calling him at 847-807-7405.

What Rights Do You Have if You Are Charged With a DUI, by James G. Dimeas, Chicago Criminal Lawyer Blog, April 18, 2017.

What Happens if I Refuse to Take a Breathalyzer Test in Illinois?, by James G. Dimeas, Chicago Criminal Lawyer Blog, May 6, 2017 .