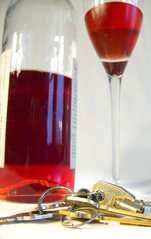 Kane County Prosecutors and law enforcement officials have announced that Kane County will be conducting their 25th “No Refusal” DUI patrol over the St. Patrick’s Day Holiday.

In past “No Refusal” DUI patrols, if a motorist refused to take a breathalyzer test and the Police obtained a warrant to draw the motorist’s blood, and they were successful in obtaining a blood sample, they would not use the refusal to take a breathalyzer test to obtain a 12 month Statutory Summary Suspension of the motorist’s license because they refused to submit to a breathalyzer test. This time, prosecutors and police have announced that if a motorist refuses to voluntarily submit to a breathalyzer test, or refuses to voluntarily submit to a blood test, prosecutors will notify the Illinois Secretary of State of the refusal and will attempt to suspend the motorist’s Illinois driver’s license for 12 months because of the refusal. The question I have is why consider it a”No Refusal” patrol when a refusal will be used to suspend your license for 12 months when he purpose behind a “No Refusal”patrol is to make it impossible for a motorist to refuse?

This change in the Statutory Summary Suspension aspect of a No Refusal DUI arrest is a big deal. For many motorists, the Statutory Summary Suspension of their driver’s license arising out of a DUI, can be the most serious consequence of a DUI. Especially in a place like Kane County that does not have the public transportation that a more urban community like Chicago, Elgin, or Aurora, may have. A suspended license for someone living in a rural community Kane County can make it impossible for them to get to work or go to the doctor when the public transportation choices are not available. If your license is being suspended due to a Statutory Summary Suspension, you may be allowed to install a Blood Alcohol Interlock Ignition Device (BAIID) on your car which will allow you to drive during the Statutory Summary Suspension of your license. The BAIID is attached to your vehicle’s ignition and will detect any alcohol in your body and will disable the ignition of the vehicle. However, the fees and costs associated with a BAIID device may make it difficult, if not impossible, for many motorists to be able to afford to have a device placed on their vehicle.

If you are facing a DUI, you can contact James Dimeas anytime for a free and confidential consultation. You can speak to James Dimeas personally by calling him at 847-807-7405.

What Happens if I Refuse to Take a Breathalyzer Test?, by James G. Dimeas, Chicago Criminal Lawyer Blog, May 8, 2018.