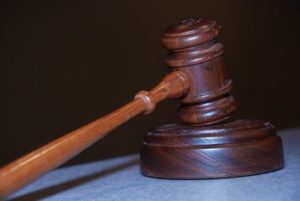 Clients frequently tell me that they want to get their criminal case done quickly. I am frequently told by clients that I should demand a trial immediately so that the case can be finished as soon as possible. It is important to understand what it means to make a demand for trial in a criminal case and why it may not always be the wisest decision to make. I want to take this opportunity to discuss what it means to demand a trial and explain to my readers what the implications of a demand for trial could be so they can make the best decision about how their criminal case should proceed.

According to the Sixth Amendment to the United States Constitution, every criminal defendant has the constitutional right to a Speedy Trial. The Sixth Amendment protects defendants from waiting too long for a trial. We don’t want Defendants to be held in custody, or to be fighting criminal charges, to wait too long before being found innocent. The remedy for the violation of your Sixth Amendment right to a Speedy Trial is dismissal of your criminal case, with prejudice. This means that your case will be dismissed forever and you can never be charged again for that crime.