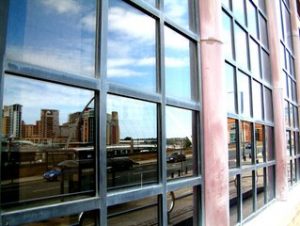 On March 13, 2020, Judge Evans issued a Court Order closing the Cook County Courts from for 30 days starting on March 17, 2020. Judge Evans’ Court Order kept the Criminal Courts open for Preliminary Hearings, Bond Hearings, and Arraignments. Judge Evans was the first judge in the State of Illinois to issue such an Order. This week, Judge Evans extended the closure of the Courts to May 18.

Yesterday, news reports came out that Cook County State’s Attorney Kim Foxx has announced that her office will stop prosecuting all but the most serious Domestic Battery cases in Cook County. An employee at the Domestic Violence Courthouse at 555 West Harrison in Chicago tested positive for Covid-19. In response, Kim Fox announced that she is removing all of her prosecutors from the Courthouse at 555 West Harrison for 14 days. Foxx advised victims of Domestic Violence to petition the Court for a Civil Order of Protection and contact her prosecutors after 14 days to pursue criminal charges. Domestic Violence advocates and Chicago Police are criticizing Foxx for her actions. They say that they were caught by surprised by the announcement. This comes during a big jump in the number of Domestic Violence cases throughout the nation. The isolation caused by the crisis is forcing victims and their abusers to be confined to their homes together with each other. The stress caused by the confinement, along with the economic stress caused by the resulting economic impact, could be creating a dangerous situation for Domestic Violence victims.

The courts in Kane County remain closed after the Chief Judge of Lane County issued an Order closing the Courts on March 17, 2020 until after April 17, 2020. All of the Branch Courts are closed and all Bond Hearings, and Arraignments, were moved to the Kane County Judicial Center in St. Charles.

So far, Cook County has been ahead of all the other Counties when it comes to taking steps to close the Courthouses. The Chief Judge of Cook County was the first Judge to issue an Order closing the Courts. Cook County is the only County in the area to close the Courts until May 18. However, since the Governor extended the stay-at-home order to April 30, we should be seeing DuPage County, Kane County, and Lake County, extend the Court closings until after April 30.

Some Cities See Jumps in Domestic Violence During the Pandemic, by Casey Tolan, CNN, April 4, 2020.