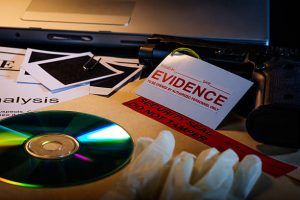 In criminal cases, it is common for the prosecution to seek to admit into evidence things that were seized by the police as a result of the search of a residence. One of the first things that a criminal defense attorney does in a criminal case involving the search of a house is to determine whether the evidence seized by the police can be admitted in court.

If the court is convinced that the search of your home was conducted without a Search Warrant, and that none of the recognized exceptions were present, then the search would be considered unreasonable and all of the evidence seized as a result of the search would not be admissible in Court.

The Search Warrant requirement is based on the Fourth Amendment to the United States Constitution. The Fourth Amendment prohibits the government from conducting unreasonable searches and seizures. A search of your home without a warrant is generally considered to be unreasonable. But just like with any other rule, there are exceptions. Here’s the exceptions to a Search Warrant being required to search your home:

–Plain View: The Supreme Court has held that if you leave something in plain view, you do not have a reasonable expectation of privacy. So if an officer is otherwise legally inside your residence and sees something that he believes is illegal, such as a gun or drugs, then the officer can seize the evidence pursuant to the Plain View Doctrine.

–Search Incident To Arrest: If a police officer makes a lawful arrest, the officer may search the person that was arrested and the area within the immediate control of the person being arrested.This exception usually applies to warrantless searches of motor vehicles.

–Exigent Circumstances: A simple way of explaining this exception is to describe this as the emergency exception. And example would be a fire or something that would suggest that the property would be destroyed if it wasn’t seized. A couple of years ago I had a case involving a client who had gotten into an argument with a neighbor and told the neighbor that he was going to kill himself before going into his house and locking the doors. When the police arrived, they tried to contact the client inside the house but he was not responding. Fearing that he may kill himself, the police entered the home. Upon entering the home they found drugs on the kitchen table and several firearms on the bed.

–Hot Pursuit: If the police are chasing after a suspect and enter a home in hot pursuit of that subject, then they do not need a warrant to enter that home. Several years ago I had a case involving a client who was being chased in his vehicle by the police. The client made it to his home and when he pulled into the garage, he ran into his house. The police were following him and they ran into the house to arrest him. When they entered the house, they saw many stolen items throughout the house. The stolen goods were recovered and admitted in Court as evidence to prove the Theft charges against my client.

Whether the search of your home was unreasonable or not will depend on the specific facts of your case. It is critical that you hire an experienced criminal defense attorney who understands the law and understands how to challenge the state and keep evidence out of your trial. Fighting the admissibility of evidence in a criminal case because it was obtained without a search warrant is a difficult task that requires a criminal defense attorney who has the necessary experience handling criminal cases and knows how to get evidence thrown out of court.

The 4th Amendment to the United States Constitution.

Do The Police Have To Read You Your Rights If You Are Arrested?, by James G. Dimeas, Chicago Criminal Lawyer Blog, September 5, 2017.