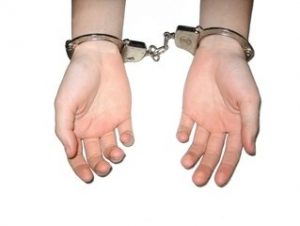 This morning I spoke to a client who made it out of a local store last night after shoplifting a couple of items without getting caught. The client wanted to know whether they could still be arrested for shoplifting and charged with a Retail Theft even though they were not caught inside the store. The client wanted to know how long they had to arrest him and charged him with a Retail Theft and what they should do if they were contacted by the police.

In all likelihood, if you made it out of the store without getting caught for shoplifting, it is unlikely that you will be arrested for the Retail Theft. However, just because you made it out of the store does not mean you’re out of the woods. Virtually every major retailer has security cameras inside their stores. I have had several cases in which my clients were arrested and charged with a Retail Theft days and weeks after the incident after they were identified on a security camera. I recently had a client that was arrested for a Retail Theft after a detective found a security video of the license plate number on my clients car as he was leaving the parking lot of the store immediately after the Retail Theft had occurred. The detective was able to locate my client after they checked the license plate number with the Secretary of State.

What Do I Do If The Police Contact Me About the Retail Theft?

How Long Do the Police Have Before I Can Be Charged with Retail Theft?

The police have a certain amount of time to charge you with a Retail Theft. This is known as a Statute of Limitations. Statue of Limitations imposes a time limit for which you can be charged for a crime. Retail Theft is a class A Misdemeanor in Illinois which carries a maximum penalty of one year in jail and a maximum fine of $2,500. The Statute of Limitations for a Retail Theft misdemeanor in Illinois is 18 months. Criminal charges can be filed against you at any time up to 18 months after the Retail Theft was committed. In general, the longer the time after the Retail Theft, the less likely it is that you will be charged with the retail theft. But you will not be completely out of the woods until the 18 months are up.

If you are facing a Retail Theft Shoplifting charge, you can contact James Dimeas anytime for a free and confidential consultation. You can talk to James Dimeas personally by calling him at 847-807-7405.

Can I Be Guilty of a Retail Theft if I Did Not Get Out of the Store?, by James G. Dimeas, Chicago Criminal Lawyer Blog, December 26, 2017.