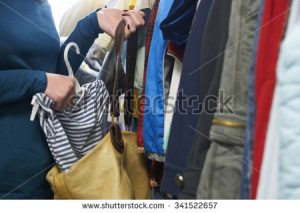 This is one of the most common questions I get asked by people that have been arrested and charged with a Retail Theft. When I get asked that question, that’s when I start asking questions. Because whether or not they committed a Retail Theft depends on the specific facts of their case.  Most of the time they tell me that they forgot to pay for an item that they had mistakenly placed in their purse or in a bag. Some people tell me that their child took an item and hid it from them without them knowing. Other people tell me they tried on a piece of jewelry and forgot to take it off. Whatever the explanation is, many of them tell me that they don’t understand how they could be charged with stealing something from a store if they did not physically leave the store when they were stopped by security.

Like many other things having to do with the legal system, there is a difference between what is commonly considered to be Retail Theft, and what the law considers to be a Retail Theft. Retail Theft is commonly referred to as shoplifting.  You do not have to get out of the store with the item in order to be guilty of a Retail Theft in Illinois. If the state is able to prove that you took something from a store with the intent to take that item without paying for it, that’s enough to prove that you are guilty of a Retail Theft. Taking something doesn’t mean that you walked out of the store with it, taking means that you took it from the shelf or the place where it was and took possession of it with the intention of not paying for it.

There’s many ways that the state can prove that you took something with the intent to not pay for it. In my 24 years of experience I cannot even begin to count the number of ways that the state has been able to prove this in cases that I have handled. Sometimes there is a loss prevention agent who testifies that they saw my client put something in their pocket. I’ve had cases where video surveillance shows my client switching price tags or placing items in their pocket or in their jacket and then walking past the cash register and not paying for the items that they had taken. Once you walk past the last place of purchase, which is basically the cash register, without paying for the goods, then you have committed a Retail Theft.

Once you are detained by store security, you need to be aware that anything you say and do can be used against you in court. And because the store security agents are not employed by the government, many of the Constitutional protections that apply to our interactions with the police, do not apply to store security. For instance, the store security agents don’t have to warn you that whatever you say can be used against you in a court of law. They don’t have to advise you that you have a right to an attorney. They can get you to sign confessions without reading you your Miranda warnings. And whatever evidence they obtain they can give to the police and you cannot argue that they did not advise you of your rights because they don’t have to. That’s why I advise my clients that if they are detained by store security, while they should not resist the agents, they should not answer their questions and they should definitely not be signing any documents that they place in front of them.

Many times, the video surveillance, or the witness testimony is unclear as to whether my client was trying to steal something. But it gets very difficult to fight the case when the client signed a statement prepared by store security in which they admit that they were trying to steal. It’s not a defense in court to say that you didn’t know what you were signing. So the moral of the story is don’t sign anything put in front of you by store security and don’t answer their questions. Don’t try to talk yourself out of it. You are better off not saying anything and letting your attorney handle the case in court.

If you are facing Retail Theft charges in Chicago, Cook County, DuPage County, Lake County, and Kane County, you can contact James Dimeas anytime for a free and confidential consultation. You can always speak to James Dimeas personally by calling him at 847-807-7405.

I Am Charged with Retail Theft and I Received a Letter Demanding Payment From the Store’s Lawyers.  Do I Have to Pay? by James G. Dimeas, Chicago Criminal Lawyer Blog, June 28, 2017.

The Different Way You Can Be Guilty of a Retail Theft in Illinois, by James G. Dimeas, Chicago Criminal Lawyer Blog, June 6, 2017.