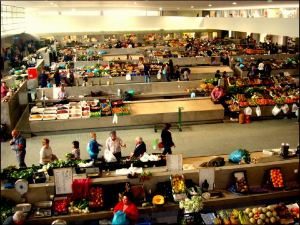 If the store is coming after you for the Civil Penalty, you will receive a letter from their lawyer, usually within a few weeks, advising you that they will be coming after you and setting forth the amount of money that they are seeking. If you do not pay this amount, the lawyer will turn over the matter to a collection agency and they may sue you in civil court for the money damages. If you do not pay this amount you will not go to jail. Sometimes, paying this amount may help you catch a break in the Criminal Court or in the Municipal Court. Paying the civil damages will not cause the criminal case or the Municipal Ordinance Violation case to be dismissed. The criminal aspect of the Retail Theft and the civil aspect of a criminal case are separate and distinct. The criminal case is between you and the People of the State of Illinois or the municipality, and the civil matter is between you and the retail establishment. These matters will be handled by different lawyers and will proceed in different courts.

If you are being charged with a Criminal or Municipal Ordinance Retail Theft, you can contact James Dimeas anytime for a free and confidential consultation. You can speak to James Dimeas personally by calling him at 847-807-7405.

I Am Charged with Retail Theft and I Received a Letter Demanding Payment From the Store’s Lawyers. Do I Have to Pay?, by James G. Dimeas, Chicago Criminal Lawyer Blog, August 28, 2017.

The Different Ways You Can Be Guilty of a Retail Theft in Illinois, by Jame G. Dimeas, Chicago Criminal Lawyer Blog, June, 6, 2017.