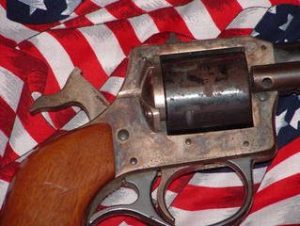 Every New Year brings us new laws and new regulations that impact the criminal law and the way we live. On January 1, 2019, several changes to the Illinois gun laws went into effect which make it a little more difficult for people to buy a gun and makes it easier for law enforcement personnel to take guns away from people that may be deemed dangerous. The final change is an attempt to stem the rising tide of mass shootings. The changes to the Illinois gun laws are set forth below.

The second change to the Illinois gun laws has to do with the way FOID card renewals are processed by the State of Illinois. In Illinois, you cannot own a gun without having been issued a Firearm Owner’s Identification Card (FOID). In order to obtain an FOID card in Illinois, you must fill out an application, pay a small processing fee, and wait until your application is processed. An FOID card is only good for a certain period of time. Once it expires, you must have your FOID card renewed. A major complaint of gun owners in Illinois who have an FOID card is that it can take a very long period of time to have their FOID card renewed. I have had cases involving clients who have been charged with Aggravated Unlawful Use of a Firearm where their FOID card had expired and they were arrested with a firearm while they were waiting to receive their new FOID card in the mail.

If you are being charged with a UUW, you can contact James Dimeas anytime for a free and confidential consultation. You can speak to James Dimeas personally by calling him anytime at 847-807-7405.

Where Do All The Illegal Guns in Chicago Come From?, by James G. Dimeas, Chicago Criminal Lawyer Blog, September 26, 2017.