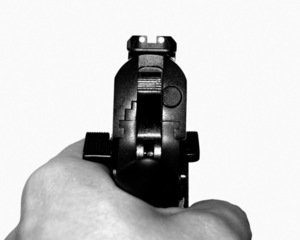 In response to the dramatic rise in the number of mass shootings around the country, earlier this year the Illinois Legislature began working on legislation aimed at trying to stop mass shootings from happening in Illinois. As a result, on July 16h, 2018, Illinois governor Bruce Rauner signed into law the Firearms Restraining Order Act which allows for petitions to be filed in court to have a no contact order issued against someone deemed to be a threat to themselves or to others. The new law is commonly called the “Red Flag” bill. It would allow family members, police and others to seek an Order Protection in Court to take away the guns from someone found to pose “an immediate and present danger” to themselves or to others.

The “Red Flag” bill is an attempt to take tools that are used in Domestic Battery and Domestic Violence cases and apply them to situations that might help prevent mass shootings from occurring. The new law allows for a representative of a school, a business, or a church, to petition the court for an order prohibiting that person from entering that building if they can show the court that that person has exhibited threatening behavior.

A petition can be filed on an ex-parte basis. This means that the petition can be filed without giving notice to the party that protection is being sought. However, if the parties have an “intimate” relationship, notice must be given to the party who is the subject of the Order of Protection. Once the Order of Protection is granted, the subject of the Order of Protection can petition the court for a hearing within two weeks. If a judge determines that the person is a threat to themselves or to others, the judge can order that their guns be taken away from them and that their Firearm Owner’s Identification (FOID) card be suspended. This new law does not allow the judge to revoke someone’s FOID card. The FOID card will be reinstated after 6 months unless the court renews the suspension of the FOID card. If a judge orders that someone’s guns be removed, they can only be taken away for 6-months. If the petition to take away the guns is denied, the matter will be automatically expunged. If the petition is granted, the matter will be automatically sealed after 3 years.

This new law requires that the person seeking the Order of Protection prove by clear and convincing evidence that the person poses a danger to themselves or to someone else because they own a firearm. If the judge orders that the guns be taken away from that person, that person has the right to ask that the guns be given to a friend who has a valid FOID card for safekeeping. Any person taking possession of that person’s guns must swear under oath that they promise not to give back the guns to that person without permission.

The “Red Flag” bill sets forth the factors that a judge may take into consideration when deciding whether to grant such a petition. The factors include the following:

– whether the person is abusing alcohol or drugs;

– whether the person has any prior felony arrests;

– whether the person has a pattern of violent acts or threats;

– whether the person has a history of unlawful or reckless use, display, or brandishing of a firearm;

– whether there has been a recent threat or act of violence;

– whether the person has violated a Domestic Violence Emergency Order of Protection.

It will be interesting to see how often the “Red Flag” law will be used and if anyone challenges the part of the new law which allows someone to be barred from entering a house of worship as a violation of their First Amendment right to be free to practice their religious beliefs.

If you are facing UUW and Violation of Order of Protection charges, you can contact James Dimeas anytime for a free and confidential consultation. You can always speak to James Dimeas personally by calling him at 847-807-7405.

Guns Can Be Removed From Those deemed Dangerous Under Law Signed by Rauner; He Also Extends ‘Cooling Off’ Period to Assault-Style Weapons, By Robert McCoppin and Monique Garcia, The Chicago Tribune, July 16, 2018.

Where Do All The Illegal Guns in Chicago Come From?, by James G. Dimeas, Chicago Criminal Lawyer Blog, September 26, 2017.