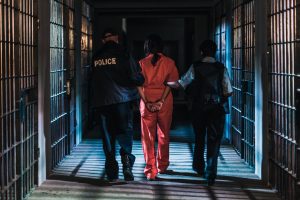 Last week I was talking to a client about his case and the circumstances surrounding his arrest. He was explaining what the police did and was convinced that his “rights had been violated”. After he told me that “the police did not read him his rights” after he was arrested, I explained to him that a common misperception is that the police must read you your rights once you are arrested. After I explained this to the client, he asked me what rights he had when he was confronted by the police. This got me thinking about what rights citizens have when they are confronted by the police and how a lack of information about the legal rights that citizens have when the are approached by the police has led to so many criminal defendants making mistakes that should not have to be made. Let me discuss.

Let’s start off with this concept: In America, you are innocent until you are found guilty in Court. If you keep this principle in the front of your mind, then everything else I discuss in this article makes sense. I have been practicing criminal law for over 28 years. The biggest mistake that criminal defendants make is that they talk to the police. When you are approached by a police officer an are asked questions, you are presumed to be innocent. The only way to remove that presumption of innocence is if you go to Court and plead guilty, or are found guilty after a trial. Until, and unless that happens, you are innocent. Just because a police officer is asking you questions does not make you guilty of anything. You are under no obligation to prove your innocence. The state has the burden and the responsibility of proving you guilty beyond a reasonable doubt. You also have the absolute right to demand that the state prove you guilty without using any evidence or statements that you made to the police. That is your right as a US citizen. You have the absolute constitutional right to remain silent when the police are questioning you. Yet, most criminal defendants fail to exercise their most important and fundamental constitutional right. It’s the right to remain silent. You have the absolute constitutional right to not cooperate with the police when you are being questioned by them.

Your right to remain silent is found in the Fifth Amendment to the United States Constitution. The famous case that discusses this constitutional right is commonly known as the Miranda case. Your right to remain silent kicks in as soon as you are subject to a custodial interrogation. This means that you have a right to assert your Fifth Amendment right to remain silent and not incriminate yourself if you are considered to be in custody at the time on the questioning. In custody has been determined to mean that a reasonable person looking at the facts and circumstances would determine that you were not free to leave. In the case I discussed at the very top of this post, the client was not read his Miranda rights after he was arrested. The reason that it did not matter in his case was that he did not make any statements to the police that would be considered incriminating. Not only were there no incriminating statements, but there were no statements made that the prosecutor would have any reason to admit in Court.

In order for prosecutors to use statements that you made to the police in your Court case, the prosecutor must prove that you made a knowing and intelligent waiver of your Fifth Amendment right to remain silent and to not incriminate yourself. That’s why the police read you your rights. If they are able to prove in Court that your rights were explained to you and that you made a voluntary waiver of those rights by talking to the police, whatever statements you made can be admitted into evidence. However, if the police did not read you your rights, or if you did not make a knowing and intelligent waiver of your Fifth Amendment rights, the remedy is to not allow the prosecutor to introduce any of the statements that you made to the police in Court. The remedy for violating your 5th Amendment rights is not to dismiss the case. In some cases, if the court excludes your statements, the state may not be able to prove their case beyond a reasonable doubt so they will be forced to dismiss the case. But that does not always happen. The State can always proceed with the case if they can believe that they can prove your guilt without using the statements you made to the police.

If you are facing criminal charges you can contact James Dimeas anytime for a free and confidential consultation. You can talk to James Dimeas personally by calling 847-807-7405.

Can I Be Forced To Testify At My Trial? by James G. Dimeas, Chicago Criminal Lawyer Blog, February 5, 2021.

Do the Police Need a Warrant to Search My Home? by James G. Dimeas, Chicago Criminal Lawyer Blog, January 13, 2020.