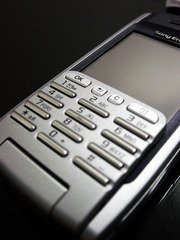 In a 5-4 decision, the Supreme Court disagreed with the lower Courts and ruled in favor of Carpenter. The majority split along ideological lines with Chief Justice John Roberts joining the liberal minority. The majority opinion was written by Roberts. In ruling that the “third-party doctrine” did not apply to cell phones, Roberts concluded that “we decline to grant the state unrestricted access to a wireless carriers database of physical location information.” In refusing apply the “third-party doctrine” to cell phones, Roberts made a point of arguing that cell phones are different from bank records which can be obtained by a simple court order. Roberts pointed out that the information generated by cell phone location data allows the government to conduct surveillance that was “tireless and absolute.” The cell phone location data can track every moment of a suspect’s movement. Since there’s no limits to how long a cell phone carrier can maintain that information, the government can obtain the location data of anyone forever without the protections of the Fourth Amendment.  A warrant is not needed to obtain cell phone location tracking information in an emergency such as a child abduction situation.

However, this decision does not address the concerns of privacy advocates who are concerned about the buying and selling of cell phone tracking location information by private companies. Private companies have been collecting cell phone location data and reselling it for several years. Police agencies have been buying this information for years. There is no law dealing with the buying and selling of such information. The Supreme Court’s decision in this case has no bearing on whether the police can buy this location based information from a third-party. There is no law, and nothing in the Carpenter decision, that prohibits the police from bypassing obtaining a warrant by just purchasing this location based cell phone information from a private company. Cell phone carriers have been saying that they will not be cooperating with these private cell phone data collection companies, but there is no law or regulation that stops this from happening.

If you are facing criminal charges, you can contact James Dimeas anytime for a free and confidential consultation. You can talk to James Dimeas personally by calling him at 847-807-7405.