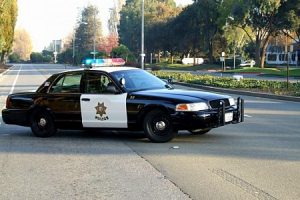 What Is The Law and Why is it So Serious?

The Failure to Yield to an Emergency Vehicle statute was enacted by the Illinois Legislature after the September 2000 death of Lieutenant Scott Gillen of the Chicago Fire Department after an intoxicated motorist sped through an accident scene and pinned him against a fire truck. In response, the Illinois Legislature passed “Scott’s Law” to protect police and fire officials who are performing their responsibilities on the side of the road. Tickets involving the Failure to Yield to an Emergency Vehicle are commonly referred to as “Scott’s Law” by police, judges, and lawyers.

What Does Scott’s Law Require?

1. Proceed with due caution

What Are the Penalties for Violating Scott’s Law?

-90 days to a one year suspension of your license if property damage was involved.

-180 days to 2 years in jail if another person is injured.

-2 years in prison of someone is killed.

-The minimum fine for a first violation of Scott’s Law will be $500.

-If death or physical harm results from the violation of Scott’s Law, you could be charged with a Class 2 felony. A Class 2 felony carries a potential jail sentence of between 3 to 7 years

If you are charged with violating Scott’s Law, or have been issued any traffic tickets and moving violations, you can always contact James Dimeas for a free and confidential consultation. You can always speak to James Dimeas personally by calling him at 847-807-7405.

This Is NOT a Simple Speeding Ticket, by James G. Dimeas, Chicago Criminal Lawyer Blog, April 19, 2019.

When Can Speeding Be a Crime in Illinois? by James G. Dimeas, Chicago Criminal Lawyer Blog, September 20, 2018.C