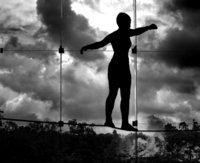 Last week I had a trial for a Domestic Battery at the Bridgeview Courthouse in Cook County. My client had no criminal record whatsoever. He had been charged with committing a Domestic Battery on an ex-girlfriend (victim) during a consensual sexual encounter. The facts of the case were very strange. At no time did I think that my client was guilty of the Domestic Battery. As a matter of fact, I tried to alert the prosecutor to the weakness of their case and tried to get them to drop the case rather than force their witness to take the stand and be exposed to a potentially damaging cross examination.  Let me tell you about the facts of the case and how easy it is to get caught up in something that you had no idea could possibly become a criminal matter.

Last year, my client met the victim on Tinder. Tinder is a social media site that people frequently use to “hook up”. My client dated the victim for about 2 months. They both agreed to end the relationship but continued seeing each other, on and off, to have sex for several months after they broke up. The day of the alleged crime, the victim contacted my client to set up another consensual sexual encounter. My client, and the victim, agreed that the victim would come over to my client’s condo after work. When my client came home from work, he left the door to his condo unlocked and went to the bathroom. The victim arrived and walked into the condo. After a short while, the victim and my client sat on the couch to watch TV. They started kissing and then had sex on the couch for a few minutes. The victim terminated the sex and proceeded to cuddle with my client for several minutes. The victim decided to go home, so she got up from the couch and grabbed her clothes. As the victim was gathering her clothes, my client grabbed her from behind so that he could take her into the bedroom because he wanted to continue with the sex. The victim struggled to get loose from my client and told him that she wanted to go home. She laughed at him and made a humorous comment.  She tried to gather her clothes again and my client grabbed her once more from behind and a short struggle ensued. Once again, the victim told my client that she didn’t want to have any more sex with him and wanted to go home. At that point, my client complied and went back to the couch. The victim gathered her clothes and went into the bathroom. She testified that she locked the door to the bathroom and put her clothes on. She also testified that while she was in the bathroom my client was not banging on the door nor was he yelling at her. Yet, she testified that she feared him and was frantic to get dressed so she could go home. She testified that after she exited the bathroom she went back to the living room, where the couch was, and saw my client laying on the couch. She asked him if he wanted his clothes and my client said that he did not want to get dressed. The complaining witness went into the kitchen and retrieved a beverage that she had brought with her to the condo and exited the condo. She testified that she ran down the stairs and quickly entered her car.

The victim testified that when she entered her vehicle she immediately placed a call to her Therapist. She could not get a hold of her Therapist so she left a voicemail. At some point, before she got home, she testified that she spoke to her Therapist on the telephone. She then drove home and spoke to her mother. She also spoke to her neighbor, a former police officer. She testified that she told both of them what happened. After she finished speaking to everyone she decided to go to the police and report that she had been the victim of a Domestic Battery. The complaining witness gave the reporting officer a detailed description of the events that happened at my client’s condominium that night.

My client informed me that the victim had changed her Facebook profile to indicate that she had become an advocate for Domestic Violence. The mother and father of the complaining witness would come to every court date. I feared that the victim had some emotional issues and I wanted to avoid putting her on the stand and questioning her in open court in front of her parents. After the case had been set for trial, prior to the final trial date, I approached the Assistant State’s Attorney and explained the facts of the case to him and told him that he needs to review the case and not wait until the day of trial to speak to the victim. I never heard back from the prosecutor. I was in Bridgeview the day before the trial and went into the courtroom and spoke to the prosecutor who was in court that day. I asked her if she had looked at this case and if she had spoken to the victim so that I could avoid putting her on the stand and questioning her. I believed that if she looked at the case, she would realize that no crime had occurred and she would dismiss the case rather than go to trial with a potentially fragile victim.  The prosecutor dismissed my concerns and indicated that she may look at the file later.

The next day the trial started.  On direct examination, the victim tried to make herself out to be an innocent victim. She tried to make it look like she was forced into doing what she did that evening. My guess is that this was the story that she had told her parents. But I had the police report which contained her graphic description of what happened that night. Because I have a duty to defend my client I put the victim on the stand with the police report in hand and went over every single detail of what was in the police report. I used her own words to show the Court what really happened that night.  The victim knew that the officer was standing outside the courtroom, and I would call him to testify if she denied making any of the statements that were on the police report. I pointed out that she was the one who arranged the sexual encounter that evening. She was the one that began kissing my client. While my client was having sex with her, she was in a dominant possession and completely in control of the encounter. After the sex ended, she placed her entire body on top of my client and cuddled with him. When my client was trying to get her to go to the bedroom she laughed and joked with him. My client never banged on the bathroom door or yelled at her. When she left the condo, even though she was planning on running down the stairs to make a quick exit, she offered to hand my client his clothes. This is something that would make it easier for my client to chase after her and prevent her from leaving.  I argued that if she was so scared that he would come after her then why would she offer to give him his clothes before she exited the condo?  When I asked her why she called her Therapist when she first entered her car, she said it was because of something that happened to her in the past. I chose not to explore that answer any further.

The Court agreed with me and found my client not guilty. There was no contact of a provoking or insulting nature that had occurred here. This was a consensual sexual encounter and the victim apparently has emotional scars that caused my client to become entangled in a tricky criminal matter that should never have been filed by the police and pursued by the Cook County State’s Attorney’s Office. Not only was my client arrested, having to spend two nights in Cook County Jail until bond was posted, but the victim had to undergo a rigorous cross-examination that was completely unnecessary. If the state had dropped this matter before trial, I am sure that the victim would have been upset.  But this would have been better than what happened to her when she was put on the stand and had to face the truth of what really happened that night in front of her parents and a packed courtroom.  I did not enjoy having to question her as thoroughly as I did but I had no choice. I had a duty and a responsibility to defend my client from these baseless allegations. If my client had been convicted of a Domestic Battery, he would have had this criminal conviction on his record for the rest of his life. A Domestic Battery can never be removed from your record.

If you are being accused of Domestic Violence and facing Domestic Battery charges, you can contact James Dimeas anytime for a free and confidential consultation. You can always talk to James Dimeas personally by calling him at 847-807-7405.