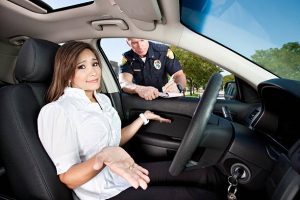 Recently, I have represented clients who received speeding tickets. In the course of representing these clients, I have come to realize that people do not really understand the Illinois Speeding Laws. In the last few years, the Illinois speeding laws have been changed. The changes have drastically increased the penalties for excessive speeding on Illinois roadways. Drivers are not adequately informed of what the potential consequences can be for a speeding ticket.

As someone who has received speeding tickets in the past, I remember when the biggest inconvenience associated with receiving a speeding ticket was having to take time off of work or school to go to Traffic Court at 321 North LaSalle, pay to park my car downtown, and wait for my case to be called and be dismissed because the police officer did not appear. Hundreds of thousands of Chicagoans used to visit that building every year.  Those days have changed. What used to be a major inconvenience can now lead to a potential jail sentence and a suspension of your driver’s license. Let me explain how the Illinois Legislature has made speeding a potential crime and not just a mere inconvenience.

The biggest changes to the traffic laws have to do with the potential consequences for speeding over a certain amount over the speeding limit. If you are charged with speeding 26 to 34 miles over the speed limit you can be charged with a Class B Misdemeanor for Aggravated or Excessive Speeding. A Class B Misdemeanor for Aggravated or Excessive Speeding carries a potential penalty of up to 180 days in county jail and a fine up to $1,500. A conviction for speeding 26 to 34 miles per hour over the speed limit could result in a conviction on your driving record which could lead to a suspension of your driver’s license. I will talk a little more about Court Supervision, a possible sentence for a Class B Aggravated or Excessive Speeding charge a little later in this article.

If you receive a speeding ticket, you need to understand that the consequences of pleading guilty, or being found guilty, could be more serious than you ever imagined. You should always consult with an experienced attorney who understands the Illinois driving laws and can take the steps necessary to avoid a conviction and the possible consequences that a speeding ticket could involve.

If you have been charged with Aggravated or Excessive Speeding, you can contact James Dimeas anytime for a free and confidential consultation. You can always speak to James Dimeas personally by calling 847-807-7405.