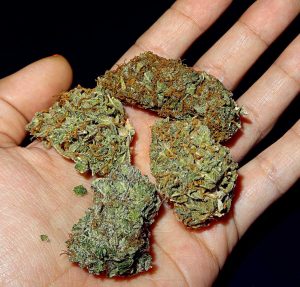 Medical studies have shown that blood and saliva do not absorb THC very well. Once you ingest marijuana, the THC will enter the bloodstream and the saliva but the THC levels will ball drop off rather quickly. THC likes to go to the fatty parts of the body. The brain is mostly composed of fat. That’s what causes a person who ingests marijuana to feel “high”.

Law enforcement personnel are struggling to come up with ways to test suspected drivers for the use of Marijuana. Last year, Carol Stream Police became the first local police agency to try out a new chemical test that is designed to quickly measure the levels of numerous illegal drugs, including Marijuana, in a person’s body. The new test being used in Carol Stream will use a mouth swab to quickly screen for the presence and levels of approximately half a dozen illegal drugs. Police are looking for a test that is as simple, reliable, and accurate as a breathalyzer test. Ultimately, the courts will decide whether the tests will be accurate enough to be admissible in court to help police and prosecutors convict people charged with a DUI.

If you are being charged with a DUI or a Marijuana Criminal or Municipal Ordinance Violation charge, you can contact James Dimeas anytime for a free and confidential consultation. You can speak to James Dimeas personally by calling him at 847-807-7405.

Driving Under the Influence (DUI), Illinois Secretary of State.

Carol Stream Police To Be First in State To Try New Test For Drug-Using Drivers, by Robert McCoppin, The Chicago Tribune, December 13, 2017.

Medical Marijuana Patients Beware:  You May Have a Bullseye on Your Car, by James G. Dimes, Chicago Criminal Lawyer Blog, December 2, 2017.