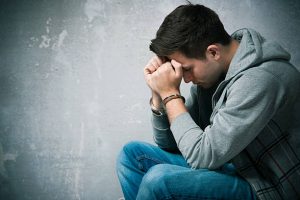 A request to enter the program can be made by the prosecutor, judge, defense lawyer, public defender, or police officer. The request can be made at any time but it is usually made at the first court date. The applicant will have to pay a $70 fee which is non-refundable. An applicant will be required to take a drug test. A positive drug test will not necessarily keep an offender from getting into the program.

If the State’s Attorney’s office accepts you into the program, you will be required to sign a program agreement and plead guilty in open court. You may be required to pay restitution, attend drug treatment and drug counseling, perform public service, or write a letter of apology to the victim. The victim is made whole and reimbursed for their loss, the defendant accepts responsibility and learns a lesson, and at the end of the day, the offender gets to avoid the stigma of having a criminal conviction on their record and are free to go on with their life without having a criminal conviction appear on a background search.

After you enter into the program, your case will be continued for 12 months. If you appear in court for the final court date and you have completed all  the requirements of the program and paid all of your fees and costs, the case will be dismissed. Depending on the unique facts of your case, you will be allowed to expunge your case and remove the arrest from your record. However, if you do not successfully complete the Alternative Prosecution Program, the case against you will be reinstated. Since you pled guilty to the crime when you were accepted into the program, you will not be able to fight the criminal charges against you. You have already pled guilty so the matter will proceed to sentencing. The judge can sentence you to anything you could have been sentenced to when you pled guilty. In other words, if you pled guilty to a class A misdemeanor and failed to complete the Alternative Prosecution Program, the judge can sentence you to up to one year in jail and a maximum fine of $2,500.

If you are facing criminal charges in Chicago, Cook County, DuPage County, Kane County, or Lake County, you can contact James Dimeas anytime for a free and confidential consultation. You can always talk to James Dimeas personally by calling him at 847-807-7405.

First Time, Nonviolent Offenders in Lake County Could Get a Second Chance, by Lee Filas, The Daily Herald, June 8, 2017.