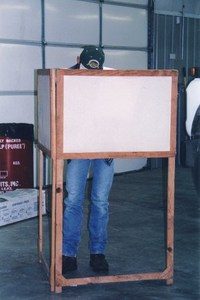 This is a question that I am asked frequently around election time.  Most people do not understand what the rules are when it comes to whether you are allowed to vote if you have a felony conviction.  Rules vary from state to state and this has created confusion.  People don’t understand that each state has it’s own rules which requires that people with felony convictions inform themselves of what the rules are in their state. My experience with this issue is that most people are not informed as to what the law is in Illinois when it comes to felony convictions and voting rights in Illinois. Illinois has passed a specific law which spells out what effect a felony conviction can have on your right to vote in Illinois.  The law is set out in 10 ILCS 5/3-5.  In Illinois, a convicted felon has just as much of a right to vote as any other citizen in the state.  As long as you are not incarcerated, meaning serving a prison sentence, you can register and cast a vote in Illinois.  If you are in court and fighting your case, you can vote in Illinois.  Even if you are in jail fighting your case. If you are on probation, you can vote in Illinois.  If you are on parole, you can vote in Illinois.  As long as you have not been convicted and are in prison, you can vote.  However, if instead of being in prison, you are allowed to serve your sentence outside of prison, such as prison furlough or work release, you will not be allowed to vote until you finish your sentence.  If you went to prison and lost the right to vote you should re-register once you are released from prison so that you can go to the polls and cast your vote.

When someone is not allowed under the law to vote, they are called “disenfranchised” voters.  In 2010, roughly 2.5% of the nation’s voting age population could not vote because of a felony conviction.  In Illinois, that comes out to about 800,000 people who have been convicted of a felony.  If 800,000 people do not realize that they have not been stripped of their right to vote, and sit out an election because of their mistaken belief, this could make a big difference in a close election.  In my opinion, which is based on the questions that I get from criminal clients, as well as members of the public, not enough is being done to educate the public about this issue.

In seven states, people convicted of a felony are barred forever from ever voting.  Florida has the largest number of disenfranchised voters with roughly 10.42% of all voters.  In two states, Maine and Vermont, even prison inmates are allowed to vote.  In other states, convicted felons are required to petition the Governor to have their right to vote reinstated, or restored, once their sentence is completed.

As the nation is becoming more polarized, this issue has taken on greater importance.  Each vote counts.  Last year, California Governor, Jerry Brown, signed a law which allows people serving time in county jail to vote. Like in Illinois, those serving time in California prisons are not allowed to vote.  In June 2016, the Iowa Supreme Court upheld a state law which stripped convicted felons from ever voting.  Recently, a lawsuit was filed by a conservative lobbying group in Virginia challenging an Executive Order by the Governor restoring voting rights to convicted felons.  This issue has certainly become a controversial issue throughout the United States.

ProCon.org, “Number of People by State Who Cannot Vote Due to a Felony Conviction,” ProCon.org. Last modified November 7, 2012.