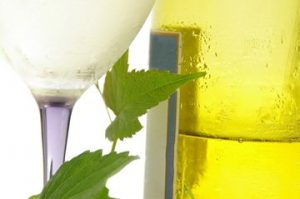 A few weeks ago, I signed up a new DUI case in Rolling Meadows. The client is only 23 years old and this was his first DUI. The client’s car broke down on the way home from a friend’s house and he had to to pull his car over by the side of the road. After a short time, a police officer approached his car and started asking him questions. The officer asked my client to perform the Standard Field Sobriety Tests on the side of the road and the client declined to do so because he is recovering from ankle surgery and was worried that he would fail the tests. The officer asked the client to blow into a Portable Breath Device to determine whether he was good to drive, and the client complied with the request. The Portable Breath Test indicated that he was slightly over the legal limit. The officer informed my client that he would be taking him to the police station to prepare some paperwork. When my client arrived at the police station, he was asked to take a Breathalyzer Test and refused. The officer told my client that he would be taken to the hospital for a blood draw to determine what his Blood Alcohol Level was. The client has a fear of needles so he refused to go to the hospital. The officer told my client that if he did not take a Blood Test that he would be placed under arrest. Fearing that he would be arrested for refusing to take a Blood Test, my client agreed to go to the hospital and agreed to have his blood drawn. Even though the police did not have the blood results, they arrested him and charged him with a DUI anyway.

This fact pattern in this case is somewhat unique. I have not had many cases where the police threatened to arrest a client for refusing to take a Blood Test or take a Breathalyzer Test. What this case does highlight is how not being fully informed about your legal rights as a motorist can come back to bite you when it really matters. You cannot be arrested because you refuse to have your blood drawn or because you refuse to take a Breathalyzer Test. Motorists should know what their rights are before something like this happens. Police officers are counting on you to not understand your rights so they can confuse you and get you to do something that you shouldn’t do and the police want you to do. If you are arrested for a DUI, you should not expect the police officer to give you advice on what you should, or should not do. Ultimately, you are responsible for yourself and you should not count on the legal advice of the police officer to help you make a decision on what is best for you.

Yesterday, I reviewed the police reports and the squad car video for this DUI case. The officer indicated that he smelled alcohol on my client’s breath when he was talking to him and that my client appeared to be intoxicated. The client told the police officer that he was at a friends house and that he had one beer about 5 hours before he was pulled over. There are no Standard Field Sobriety Tests and since the client had pulled his car over, the officer did not observe how he was driving his vehicle. Since the client refused to take a Breathalyzer Test at the police station, he should have refused to take the Portable Breath Test at the scene. If the client had refused to take the Portable Breath Test, I believe that the police officer would not have any reason to suspect that my client was operating his motor vehicle under the influence of alcohol or drugs, and would have no probable cause to place him under arrest. At least I don’t believe that the state could prove these things in Court.

If you are facing DUI charges in Illinois, you can contact James Dimeas anytime for a free and confidential consultation. You can always talk to James Dimeas personally by calling him at 847-807-7405.