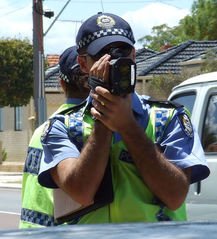 In the past several weeks, I have spoken to several clients who were arrested for Aggravated or Excessive Speeding and were charged with a crime. Most of the people I spoke to did not realize that they could be arrested for speeding. Many people do not understand the Illinois speeding laws and how a simple speeding ticket can lead to you being arrested and facing the real possibility of having a criminal conviction appear on your record and a possible jail sentence in your future. I want to take this opportunity to try to help people understand just how drastic the consequences of a speeding ticket in Illinois can be.

In general, if you are pulled over for speeding over the posted speed limit, you will not be arrested. The police officer will issue you a speeding ticket and depending on the County that you were pulled over in, and your driving record, you may be given the opportunity to avoid going to Court by paying a fine or by attending Traffic Safety School. But in certain circumstances, being pulled over by a police officer for speeding could result in an arrest and criminal charges.

If you have a speeding ticket, or Aggravated or Excessive Speeding, you can contact James Dimeas anytime for a free and confidential consultation. You can always speak to James Dimeas personally by calling him at 847-807-7405.

When Can the Police Search My Car?, by James G. Dimeas, Chicago Criminal Lawyer Blog, February 21, 2018.